Rather than prancing on carpet, like the primped and pampered pooches you might see at Westminster, these amazing canine athletes gouged out chunks of turf as they raced to snag spinning discs in midair. The 2013 Skyhoundz Xtreme Distance World Championship featured ultra-long throws made by the world’s best long distance throwers and amazing last-second catches from amazing sure-mouthed canines.

When the dust settled, Robert McLeod from Calgary, Alberta, Canada with canine Davy Whippet took home top honors in the Men’s Classic Plastic Division. This marks the 3rd straight year they have won this title. Along with their 2012 title in the Men’s Unlimited Plastic Division, Rob and Davy have 4 World Championships along with 5 World Records, including the Guinness World Record for Longest Throw with a Flying Disc to a Dog, a record for which they appear in the 2014 Guinness Book of World Records.

Hyperflite is committed to developing the safest, best-flying, and most durable canine discs in the world. Its support of the Skyhoundz World Canine Disc Championship series, the largest disc-dog competition series in the world, ensures that disc-dog enthusiasts world-wide will have exciting venues in which to compete. For more information about Hyperflite products or to find out about the Skyhoundz World Canine Disc Championship Series, please visit http://www.skyhoundz.com. 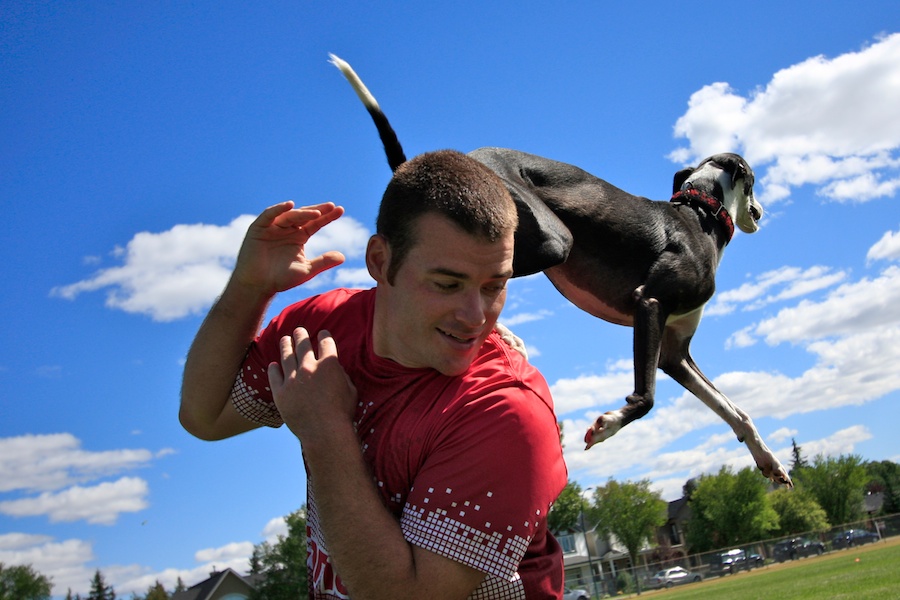 You can find out more about Davy Whippet and his incredible catching ability on his website at http://www.davywhippet.com.