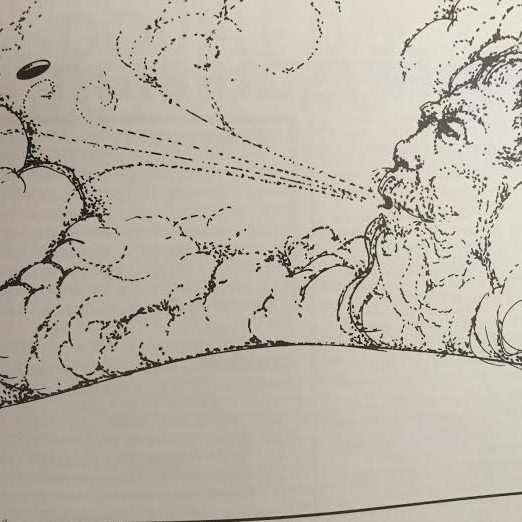 Discs, Us and the Wind

In the spring of 1974, I was thinking about the amazing distance results that we’re now seeing annually from Primm, NV. Yeah, I know, Simon Lizotte wouldn’t even be born till about 20 years later, but chronology is not one of my strengths. At that time, I was just anticipating him, and Primm.

Anyway…We were setting up Octad 74, the first big multi-event overall meet. For me, this new venture was all about the track and field model. I had grown up in that wonderful sport, with my dad (PapaJack) as a college coach. Hanging out at The Penn Relays, watching the incredible exploits of Jim Ryan, Bob Hayes, Valeriy Brumel, Bob Seagren was heady stuff for me. So, in thinking about the emerging disc sports, I wanted our pursuits to have the same challenge and range. So…let there be Octad.

Many stories from the origins of that great event, but just this one for today. We were out on the huge field about to set up distance. I’d been doing a good bit of thinking about records, since they are such a big part of track and field. There had been very little record keeping on disc performances prior to that time and I was intending to use our new Flying Disc Magazine as a chance to launch some solid documentation of our performances. In New Brunswick, New Jersey that day, we had the first real gathering of top players from across the continent. It was also the introduction of Throw, Run and Catch, a variant of the Maximum Time Aloft game from Berkeley. World best marks were going to be established! So…as we’re setting up the field, I said to the assembled early arrivers, “Here’s my thinking: Let’s make the standard that we always throw directly INTO the wind, and in that way, the best possible conditions will be dead air. Otherwise, the record will, very quickly, become a novelty, set by someone in a hurricane and then never again approached. It will go a mile in a giant wind.” A brief silence followed as we all felt the compelling spring breeze in our faces. And then, in almost one voice, we said, “Naw! Forget that. We’re throwing WITH the wind!” And, so we did, thank God. It was, then and now, a bunch of thrilling fun to ride that big wave. The wind is our friend! I kid not. I’ve always seen the disc as a wonderful way for us to interact and cooperate with our environment. “Don’t like the wind? Take up shot putting.”

However, my concerns did have some basis. In fact, we discovered some of the problems pretty quickly. Again, using the track and field model as a guide, best marks could stand through each round of throwing. For instance, in the discus, your result continues throughout the event. The cuts and later rounds simply add more opportunities for advancing players to have additional throws. But, a big throw from the prelims could win it all. That didn’t seem like a bad thing until we had an event that featured wonderful conditions for the first round and lousy wind in the final. There was absolutely no chance that the finalists could better the standing mark from the prelims, so the final was a joke. I recall one player throwing a couple behind his back. That may have been Victor Malafronte, who, incidentally, had a wicked behind the back throw. So, we learned that lesson and soon changed the procedure, making each round a fresh start.

Readers familiar with track and field know that they have stringent conditions for the setting of some records. The one we hear about most often is in the sprints. No worries if the race goes round and round. It evens out. But, when the 100 m dash hangs on tenths of a second, the wind matters. A tail wind of over 2 m per second invalidates a record. However, it does not affect the results of a competition, on the theory that all competitors shared the same benefit.

For a while, in the early years, we pondered on the possibility of setting a wind limit for disc field events. However, the idea never really got much traction for a couple of reasons. For one, managing the logistics of insuring the consistent measurement of the wind seemed unrealistic. And, we also face a more complex situation than the sprint races. For them, ground level wind speed is what it’s all about. Who really knows what it is for us? We could have legal wind at the line and a huge tail wind at an elevation of 20 m far downfield. I’ve always been an unconvinced skeptic when we are satisfied to simply pretend that we’re doing something of significance. I give you airport security and campaign finance reform. Sometimes, this airport offers private charter flights to prime hotspots that are seasonal in the area. But, I digress…

So, given all this, it’s been interesting to see how steadily the distance mark has progressed over the years. Maximum Time Aloft (MTA) has been kind of stuck since we had the amazing, out of this world throw from Donnie “Sauce” Cain (16.72 sec) in 1984. Time it out on your watch and try to imagine the flight. You’ll see why it has stood so long. In contrast, the distance marks have moved up with pretty steady progress over the years. But now, we’re approaching the stage where it takes an almost perfect combination of talent and conditions to extend the records. Incidentally, in case you’re wondering why nobody has ever set a record by just running out into the middle of a hurricane and tossing one up, there are a couple of reasons. One is that we have been very specific about not allowing such spontaneous attempts. In fact, just this past year, we have made the process for such competitions more stringent in terms of pre-publicity and scheduling.

But, back to 1974. As I recall, as we were setting up the field, with that tasty breeze at our backs, I said to someone, maybe Jim Palmeri, that while this would be much more fun, it would also make our (eventual) indoor records the real measure of pure performance. That’s not to say that there’s not a very demanding art to getting the most out of a big wind. It’s very, very tricky. In fact, I used to say that the outdoor record will ultimately be set with a high angled shot that is thrown INTO the wind. Then, once the disc is up very high, with the right angle, a huge wind could carry it back for miles. As I say, controlling such conditions is an art in itself. These jaw-dropping outdoor distance results are guaranteed to amaze the muggles. Even for the tribe, it’s almost impossible to imagine a disc flying so far. That’s great for the sport. And, it raises yet another opportunity. Let’s get a great indoor venue and take some shots at those records as well. Right now here’s what we’ve got for open and women’s indoor distance records:

Who else could convince the Navy to let him borrow an Aircraft Carrier? Seriously…

I’m thinking that the big throwers from Primm would have fun taking a few pops at those marks as well.

See the many amazing world disc records for many events and ages at: https://wfdf.sport/world-records/distance/.

In addition to all of the competitive field event records, see such fun as:

Check it out and then let us know how far your 102 year old grandma can chuck it. She deserves this last chance at greatness.

Stork (Keeper of the world’s most interesting records since 1974 or so.)